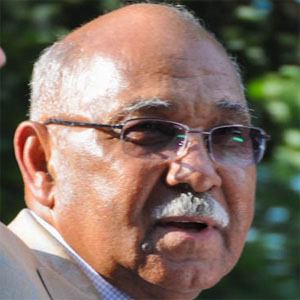 Long-time member of the Chicago Cubs who won a National League batting title in 1972.

He began playing in the minor leagues when racial discrimination was still prominent in the South.

He played for many years in Chicago alongside Hall of Fame slugger Ernie Banks.

Billy Williams Is A Member Of