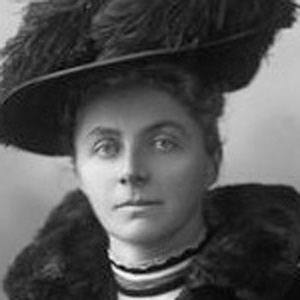 British welfare campaigner, who advocated for the incarcerated Boer women and children in British concentration camps during the Second Boer War, which occurred from 1899 to 1902.

When her mother died when she was 20 she ha to spend the next fourteen years looking after her father who was in poor health.

She became an honorary citizen of South Africa for her humanitarian work helping the victims of the Boer War who were being held in atrocious camps in South Africa.

She was engaged once but never married and the wedding veil that she never wore hangs in the head office of the first women's welfare organization in the Orange Free State, as a symbol of her commitment to the uplifting of women.

Like Lucy Stone she was a 19th century civil rights activist.

Emily Hobhouse Is A Member Of