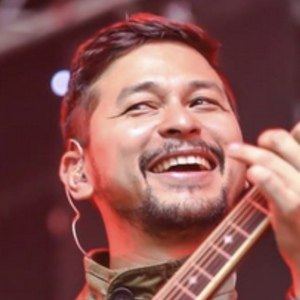 Nepali singer-songwriter who is known for specializing in Himalayan folk music with a modern approach. She is known for having earned representation from the OK Listen! record label and is recognized for her popular singles "Syndicate" and "Gahiro Gahiro".

He started his career as a singer in February of 2013 when he uploaded the song "Wildfire (Dadelo)" to his BandCamp. He went on to released his debut album Sketches of Darjeeling in July of 2014.

He is known for having performed at sold-out venues across a range of different countries including Dubai, Japan, Australia, the United Kingdom, and the United States.

He was born and raised in Kalimpong, Darjeeling, India. His grandfather was a poet and his grandmother played the sitar.

Other entertainment stars who are also from Darjeeling, India include Niruta Singh and Vivien Leigh.

Bipul Chettri Is A Member Of