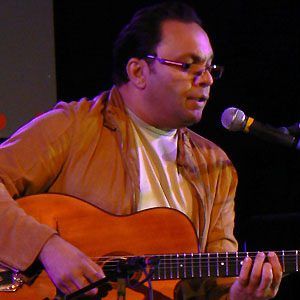 He was considered a child prodigy and won at a Romani music festival, which allowed him to tour in Germany at a very young age.

He ventured to the United States in the 1980s and collaborated with many greats like Benny Carter there.

He grew up in a musical Manouche-Romani family.

Lagrene collaborated with the son of Jacques Dutronc on Gipsy Project and Friends.