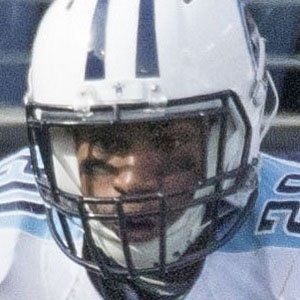 Running back who was selected 54th overall in the 2014 NFL Draft by the Tennessee Titans. He earned First-Team All-Pac-12 and Second-Team All-American honors during his junior year at the University of Washington.

He played his high school ball at Spokane Gonzaga Prep where he totaled 4,355 rushing yards.

He was a finalist for the Doak Walker Award in 2013 which honors the top running back in the nation after posting season stats of 1,870 yards and 20 touchdowns.

He was born in Wadsworth, Ohio.

He and Ohio State's Carlos Hyde were two of the top running backs during the 2013 college football season.

Bishop Sankey Is A Member Of