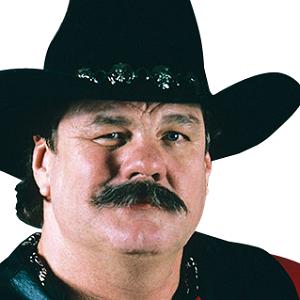 WWE Hall of Fame wrestler who held numerous Heavyweight and Tag Team Championship titles. His professional career spanned from 1967 to 1988.

He played football at Texas Western College - later the University of Texas at El Paso - and then spent time in the training camps of the New York Jets and the Denver Broncos.

In the early 1980s he and Kareem Muhammed wrestled in a brass knuckles match, which spilled into the adjacent parking lot where both men used barbed wire and rope from a parked pickup on one another.

He had sons named Barry and Kendall, whom also wrestled, and a daughter named Stephanie. Mike Rotunda became his real-life son-in-law, and his grandson entered the WWE as Husky Harris.

He and Jimmy Snuka were both inducted into the WWE Hall of Fame.

Blackjack Mulligan Is A Member Of