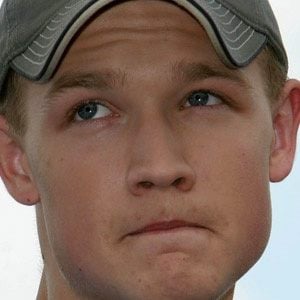 Country singer who has released many top twenty-five albums, including Off to Join the World and Rockin' You Tonight. His song "How Did You Get That Lonely" charted at #18.

He recorded his first country demos while in junior high. His first big release was "In My High School."

He released his first album, In My High School, independently at age eighteen.

He has a sister named Lindsey. In 2005 he married his wife Sammie Larsen and together they have a daughter, Zoe and a son, Noble.

He performed a cover of the song "I Wish That I could Fall in Love Today" as a tribute for Barbara Mandrell.

Blaine Larsen Is A Member Of