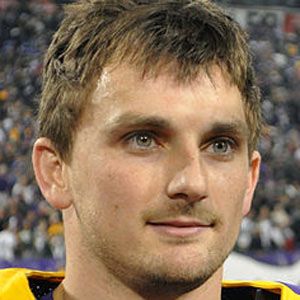 NFL placekicker who set an NFL record by making 10 50+ yard field goals during his rookie All-Pro season with the Minnesota Vikings.

He earned the nicknamed "the Athens Assassin" for his long kicking ability at the University of Georgia.

He also set Vikings franchise records with a 92.1 field goal percentage and 141 points scored during his 2012 season.

Blair Walsh Is A Member Of