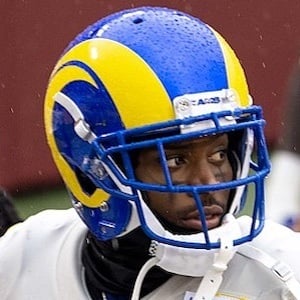 Defensive back who began his collegiate career at Florida State University in 2013. He was considered to be a top ten pick by the NFL and was selected fifth overall in the 2016 NFL Draft by the Jacksonville Jaguars.

He was both a football and track star at Brentwood Academy in Brentwood, Tennessee.

He started all 14 games as a true freshman and helped the Seminoles win the 2013-14 BCS National Championship. He was a First-team All-ACC selection as a sophomore in 2014.

He was born in Smyrna, Tennessee to Lamont and Margie Ramsey. He has an older brother named Jamal who's also a football player. He had a daughter with Breanna Tate in July 2018.

He was part of the same recruiting class at Florida State as quarterback Jameis Winston.

Jalen Ramsey Is A Member Of