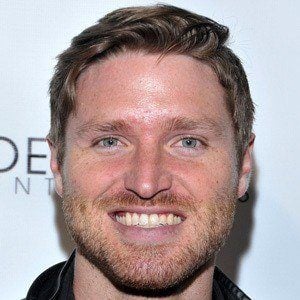 Reality star who appeared on The Bachelorette in 2017 alongside the show's star Nick Viall.

He was once engaged for 48 hours.

He has a pit bull named Calvin.

He shares a birthday with model and actress Kate Upton.

Blake Elarbee Is A Member Of