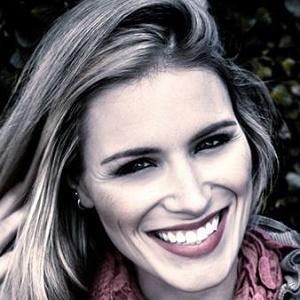 One half of the country music duo unBRAKEable alongside her husband Brian Nutter, whom she married in May of 2014. She functions as more of the songwriter of the duo.

She sang in high school functions and played local gigs. She became a master certified personal trainer while also continuing to writer and record original songs.

She met Brian in Nashville, TN. Her journey took her to Nashville after she was invited to audition for a job at American Jukebox Theater in Pigeon Forge, TN. The duo created a web series called If Brian Were Blake & Blake Were Brian.

Born in Arlington, Texas, she grew up in Tega Cay, South Carolina with an older brother, Chase, and parents Phillip and Krystal. Her parents divorce was in part to her father's struggle with alcoholism. She and Brian welcomed a daughter, Eris Montgomery Nutter, on August 5th 2016.

She and fellow country artist Josh Turner both have roots in South Carolina.

Blake Gray Is A Member Of