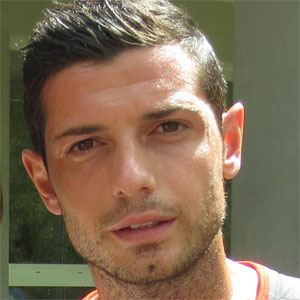 Midfielder who joined Napoli in 2011 after spending two years with Parma. He became a member of the Swiss national team in 2006.

He began his youth career with Oerlikon Zurich in 1995.

He was born in Tetovo, Yugoslavia.

He and Eren Derdiyok became teammates on the Swiss national team.

Blerim Dzemaili Is A Member Of