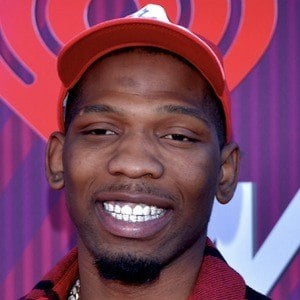 Rapper who made a name for himself in the southern hip-hop world with the track "No Chorus Pt. 6," which went viral on YouTube and SoundCloud in 2017. His song "Look Alive" featuring Drake peaked at #5 on the Billboard Hot 100 in 2018.

He hails from Memphis, Tennessee.

The videos on his YouTube channel have been viewed more than 665 million times.

His real name is James Baker. He has a sister named Keria. He has a son.

He was signed to the CMG label owned by Yo Gotti.

BlocBoy JB Is A Member Of