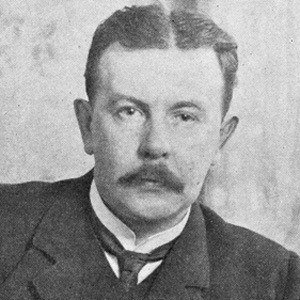 Swedish author influenced by the Decadent Movement and known for Marionetterna and other deterministic works. He also worked as a literary critic and newspaper writer for such publications as Ord och Bild and Dagens Nyheter.

He began working as a theatre critic in 1905. He had published his famous debut work, Marionetterna (The Marionettes), two years earlier.

He worked in a Stockholm postal office until his 1933 retirement.

He lived his entire life in Stockholm, Sweden and was buried in the city's cemetery.

He was a contemporary of German author Leo Strauss.

Bo Bergman Is A Member Of