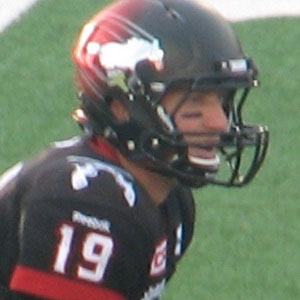 Quarterback who made his professional debut in 2012 for the CFL's Calgary Stampeders.

He was the 2011 FCS National Championship Game Most Outstanding Player in leading Eastern Washington to a 20-19 championship victory against Delaware.

He was born and raised in Katy, Texas.

He belongs to a list of Calgary star quarterbacks that includes NFL stars Doug Flutie and Jeff Garcia.

Bo Levi Mitchell Is A Member Of