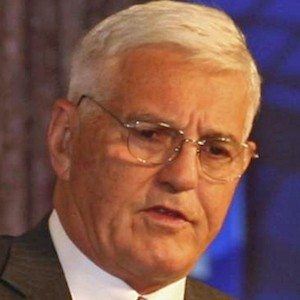 Swiss American automotive executive who has worked in high-level positions at GM, BMW, Ford, and Chrysler during his five decade career. He starred as in himself in the 2011 documentary, Revenge of the Electric Car.

He served in the United States Marine Corps as a Naval aviator from 1954 to 1959.

While head of Chrysler he helped develop the very successful Dodge Viper and LH series cars.

His younger brother Mark A. Lutz is a retired economics professor. And he is skeptical about the reality of global warming.

He argued against global warming in a debate with astrophysicist Neil deGrasse Tyson on Real Time With Bill Maher.

Bob Lutz Is A Member Of