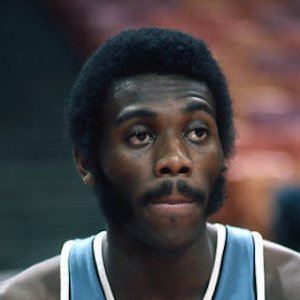 NBA Hall of Fame center/forward who led the league in scoring for three consecutive seasons from 1974 to 1976 as a member of the Buffalo Braves. He then went on to win two NBA Championships as a member of the Los Angeles Lakers in the 1980s.

He was a consensus First Team All-American during his only season at the University of North Carolina.

He was selected 2nd overall by the Buffalo Braves in 1972 and was named NBA Rookie of the Year in 1973.

He was teammates with another Hall of Famer, Magic Johnson, on the Los Angeles Lakers.

Bob McAdoo Is A Member Of