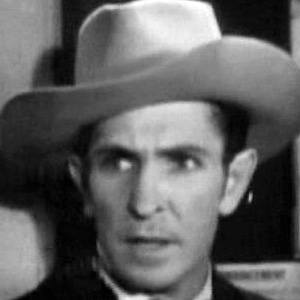 Star of numerous B-Westerns who also played a role in The Big Sleep. He also appeared in the 1939 film, Of Mice and Men.

Starting out in vaudeville, he settled with his family in Los Angeles, California, and began his film career.

When cowboy hero parts began drying up in the 1940s, he played Trooper Duffy on ABC's F Troop.

He was born Robert Adrian Bradbury in Portland, Oregon. His father, Robert North Bradbury, was a prolific film director.

Not limited to cowboy roles, he had supporting roles in acclaimed films like Howard Hawks' The Big Sleep.

Bob Steele Is A Member Of