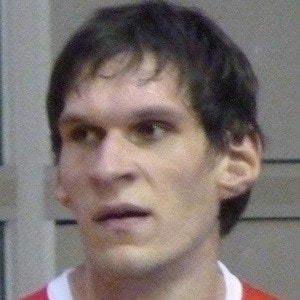 7'3" NBA center who signed with the Detroit Pistons in 2016 after spending his first NBA season with the San Antonio Spurs. He previously played professionally in European leagues for several years. In 2019, he began playing for the Dallas Mavericks.

He made his professional debut in 2006 with Hemofarm. He won three consecutive Serbian Super League MVPs from 2013 to 2015.

He's represented Serbia at the junior and senior levels internationally, winning gold medals at the U-19 and U-20 levels.

He married Milica Krstic in 2014 and has a son named Vuk.

He was teammates with LaMarcus Aldridge on the Spurs during the 2015-16 season.

Boban Marjanovic Is A Member Of