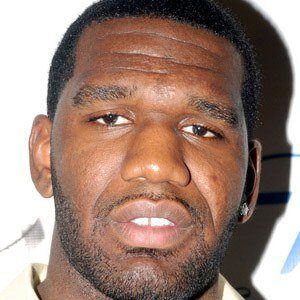 Notorious NBA flop who was drafted first overall by the Portland Trail Blazers in 2007, ahead of superstar Kevin Durant. He is considered one of the worst draft picks in NBA history and announced his retirement in 2016.

He helped lead Ohio State to the 2007 NCAA Championship game where they were defeated by the Florida Gators.

A multitude of injuries hampered his career early on and after being released by Portland he was signed by the Miami Heat in 2013.

His younger brother Anthony played offensive line at the University of Arkansas.

He was teammates with point guard Mike Conley at Ohio State.

Greg Oden Is A Member Of