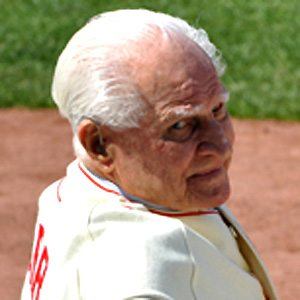 He starred for the Hollywood Stars of the Pacific Coast League while in high school.

He was named the league's Most Valuable Player by The Sporting News in 1944.

He became a close friend of Hall of Fame slugger Ted Williams after joining the Boston Red Sox in 1939.

Bobby Doerr Is A Member Of