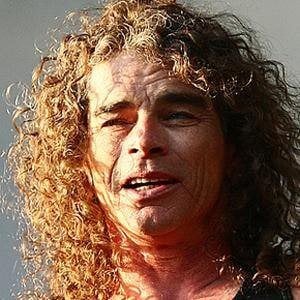 Lead vocalist of the New Jersey thrash metal band Overkill, the group known for albums like I Hear Black.

He joined Overkill in 1980 and has been the lead vocalist for more than twenty years.

He suffered a stroke onstage during a 2002 concert in Germany.

He and his wife owned a chocolate retail outlet in Nyack, New York.

He has been openly critical of the presidency of U.S. President Barack Obama.

Bobby Ellsworth Is A Member Of