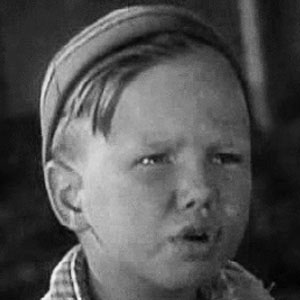 American child actor who was in the Our Gang short subjects series from 1926 to 1933.

He began acting when he was just one year old.

He got the nickname of Wheezer after running around the studios so much that he started to wheeze.

He was born to James and Olga Hutchins in Washington state.

He and Dickie Moore were both featured on the popular series Our Gang.

Bobby Hutchins Is A Member Of