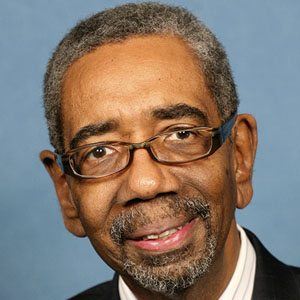 Politician and Democrat who took office as a U.S. Representative for Illinois's 1st congressional district in 1993. He has been an integral member of the Congressional Black Caucus and he made an unsuccessful bid to become the Mayor of Chicago in 1999.

He co-founded the Illinois chapter of the Black Panthers.

He became the first person to defeat Barack Obama in an election, which he did in the 2000 Democratic primary for Illinois' 1st congressional district.

His son Huey was killed in Chicago at the age of 29.

He addressed the House while wearing a hoodie in honor of slain teenager Trayvon Martin on March 28, 2012.

Bobby Rush Is A Member Of