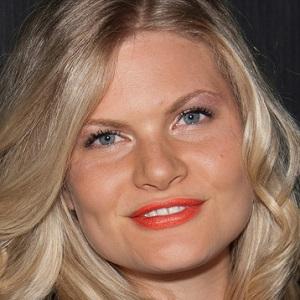 Best known for her role in the long-running Australian series Home and Away as Ricky Sharpe, she also had a recurring role as Chadara on Spartacus: War of the Damned.

She was a child when she first started acting. She was accepted into the National Institute of Dramatic Art in Sydney and played the lead role of Violet in the school's first feature film, Before the Rain.

A segment of Before the Rain, titled Violet, was screened at Cannes Film Festival.

She was raised in South Tasmania as the middle child between two brothers. In 2015 she began dating Nathan Gooley.

She joined Home and Away the same year as Nic Westaway.

Bonnie Sveen Is A Member Of