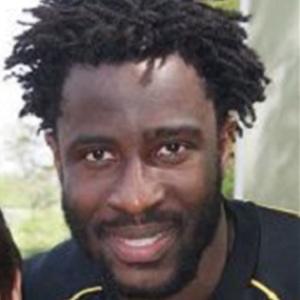 Striker who has gained fame for his club career spanning the globe, including for English Premier League squad Manchester City between 2015-2017. He was a contributing member to the club winning the prestigious 2016 EFL Cup.

He helped lead his home nation Ivory Coast to an Africa Cup of Nations victory in 2015. He was the Eredivisie's top scorer and named the Dutch footballer of the year in 2012-2013 while playing for SBV Vitesse.

His father's name is Amedee.

He and Didier Drogba played as teammates for Ivory Coast's national squad.

Bony Wilfried Is A Member Of