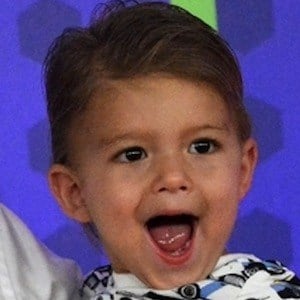 Firstborn child and son of Olympic swimmer Michael Phelps and his fiancee at the time, model Nicole Johnson.

His parents first announced they were expecting him in an Instagram photo posted in November of 2015. They announced their engagement in February of 2016.

He arrived three weeks early when he was born. His parents married a month after his birth.

His father Michael Phelps won a total of 28 Olympic medals, 23 of them gold.

Boomer Phelps Is A Member Of