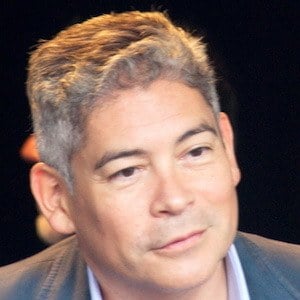 Venezuelan screenwriter, journalist, and television host who is best known for his work writing the novellas Rubi and La dama de Rosa. He is also an LGBTQ activist and is known for being a panelist on the television show Suelta la Sopa on the Telemundo network.

He is known for having been a finalist of the Premio Planeta award in 2007 for his novel Villa Diamante.

He married Ruben Nogueia in February of 2006.

He shared a photo with famed world singer Paulina Rubio to his Instagram in September of 2018.

Boris Izaguirre Is A Member Of