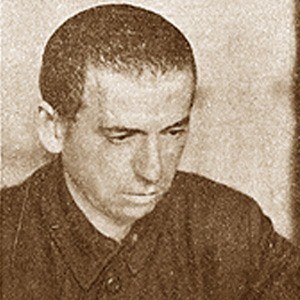 Ukrainian-Russian International Master of chess who was one of the top Soviet players of the 1920s.

He had meningitis as a child which left him deaf and mute.

He never had the opportunity to play chess outside of the Soviet Union despite winning his 6th Soviet Championship in 1929.

He was born and raised in Ukraine in the Soviet Union.

He and Mark Taimanov were top Soviet chess players in the 1940s.

Boris Verlinsky Is A Member Of