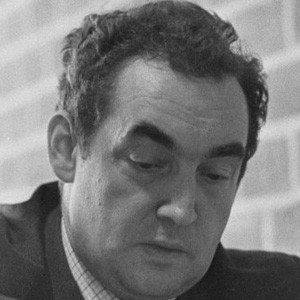 World-class concert musician and chess player who won the 1952 International Grandmaster title and was one of the world's top 10 chess players from 1946 to 1956.

He was 11 when he appeared as a violinist in the 1937 Soviet film, "Beethoven Concerto."

He tied for first place two times throughout the 23 USSR Chess Championships in which he competed.

He and his first wife, Lyubov Bruk, performed as a piano duo, and their recordings were part of Philips and Steinway's "Great Pianists of the 20th Century" series.

His 1971 World Championship Candidates 6-0 loss to Bobby Fischer elicited great suspicion from the Soviet government, and they temporarily revoked his salary and right to travel overseas.

Mark Taimanov Is A Member Of