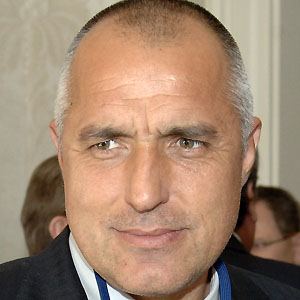 Prime Minister of Bulgaria who resigned in February of 2013 after a series of protests against him and his administration. He was the Mayor of Sofia from 2005 to 2009 and he is also a football player who holds the record for the oldest player ever to appear for a Bulgarian professional club.

He served as coach for the Bulgarian karate team and refereed international matches.

He stepped down as Prime Minster after local protests over high energy costs, low living standards, and corruption.

His father, Metodi Borisov, worked for the Ministry of Internal Affairs.

He was voted Bulgaria's Footballer of the Year in 2011, ahead of Manchester United footballer Dimitar Berbatov.

Boyko Borisov Is A Member Of