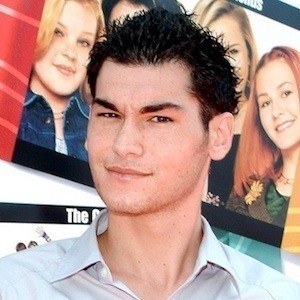 Actor who is best remembered for his many television roles, including Felix Toombs on Veronica Mars and Larry on Co-Ed Confidential, as well as his performances in films like A Cinderella Story (2004). He committed suicide in November 2017, when he was 34 years old.

He graduated from El Toro High School in Lake Forest, California in 2001. He was an avid basketball player.

He was extremely dedicated to fitness and was known to train upwards of 50 hours per week.

He is survived by both of his parents.

He appeared alongside Kristen Bell on Veronica Mars.

Brad Bufanda Is A Member Of