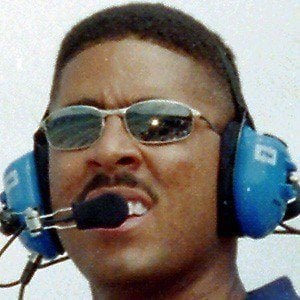 Former center and 5-time NBA All-Star for the Cleveland Cavaliers who later became an ESPN analyst. He was the first overall pick of the 1986 NBA Draft.

After a standout career at Charles D. Owen High School in North Carolina, he went on to play college basketball at the University of North Carolina from 1982 to 1986.

He was in the film Eddie, with Whoopi Goldberg.

He enjoyed his time with the Cleveland Cavaliers alongside Ron Harper.

Brad Daugherty Is A Member Of