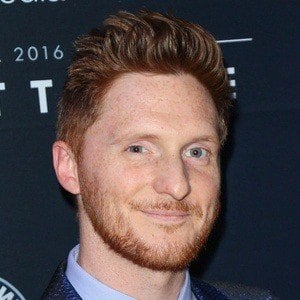 Standup comedian and television host who gained widespread fame co-hosting the podcast Explain Things to Me alongside Anna Akana. The series was eventually picked up as a television show by Fullscreen. He also captains his own YouTube channel Brad Gage Comedy.

After earning his bachelor's in geography and motion pictures from the University of Miami, he moved to Los Angeles where he began taking classes at renowned schools like the Upright Citizens Brigade and Groundlings.

A live host as well as a television host, he has been seen frequently hosting Nerdmelt's Last Comedy Show and Sketchmelt.

He began dating his Explain Things to Me co-host Anna Akana in 2014.

Best friends with screenwriter Max Landis, he interviewed the Chronicle writer for the Explain Things to Me podcast.

Brad Gage Is A Member Of