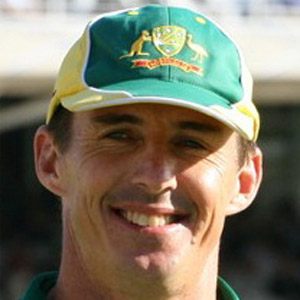 Versatile left-handed player who made his domestic debut in 1994 for Western Australia.

He made his test debut for Australia in 1996 against India.

He was born in Narrogin, Western Australia.

Towards the end of his international career he drew heat for using vulgar language to describe Indian captain Anil Kumble.

Brad Hogg Is A Member Of