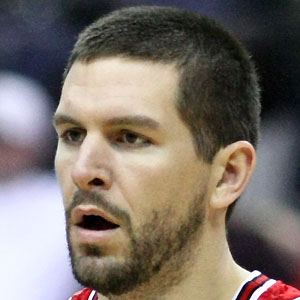 Former journeyman center was a two-time NBA All-Star with the Sacramento Kings in 2003 and 2004.

He played professional basketball in Italy after going undrafted in the 1998 NBA Draft.

In addition to the Kings, he played for the Hornets, Bulls, Pacers, Rockets and Timberwolves in his 14-season NBA career.

He was teammates with Kevin Love on the Timberwolves during his final two seasons in the NBA.

Brad Miller Is A Member Of