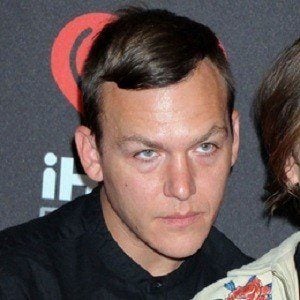 Guitarist who joined the American rock band Cage the Elephant in 2006. As a member of the band, he has had a hand in writing successful singles like "Shake Me Down," "Back Against the Wall" and "Come a Little Closer."

He started playing in his first band when he was thirteen years old. He worked in telemarketing before forming Cage the Elephant.

His band was voted the Best New Artist of 2011 in Rolling Stone's Reader's Poll.

He formed Cage the Elephant with his brother, singer Matt Shultz. He has been married and has a daughter named Etta Grace.

His band's 2015 album Tell Me I'm Pretty was produced by The Black Keys' Dan Auerbach.

Brad Shultz Is A Member Of