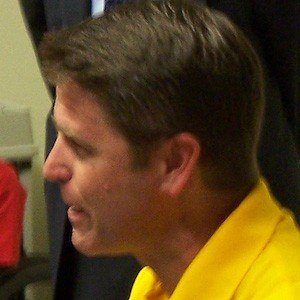 Author known for works of thriller fiction, including The Lions of Lucerne, The First Commandment, and The Last Patriot. Several of his books have been New York Times best sellers.

Prior to becoming an author, he spent time as host of the national public television series Traveling Lite. He has also stated in interviews that he spent time shadowing a Black Ops team in Afghanistan for research for his thriller The Apostle.

He has lived in Nashville, Tennessee.

Brad Thor Is A Member Of