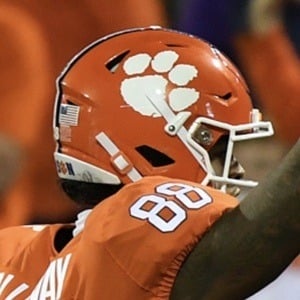 Tight end who gained national attention during his collegiate career with the Clemson University Tigers. In 2018, he was suspended after having tested positive for ostarine.

During the 2018 season he caught a touchdown pass in a game against Furman University.

He was born in the United States. His fiancé Mackenzie Grimsley has appeared on his Instagram account.

He was coached by Dabo Swinney at Clemson.

Braden Galloway Is A Member Of