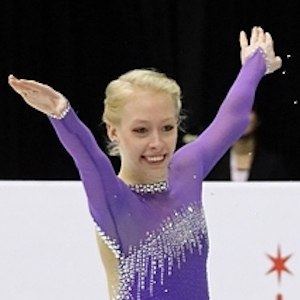 Figure skater who won her first U.S. Figure Skating Championship in 2018, earning her a spot on the Olympic team, where she won a bronze in the team event. She previously won the junior gold medal at the 2015 U.S Championships.

She began learning to skate at age two. She has done much of her training at Twin Rinks Ice Pavilion in Buffalo Grove, Illinois.

She suffered stress fractures in her lumbar vertebra in 2015 and 2016.

Her younger brothers, Austin and Shane, are both ice hockey players.

She succeeded Karen Chen as the U.S. champion in women's singles figure skating.

Bradie Tennell Is A Member Of