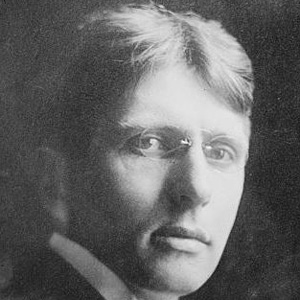 Attorney, Independent politician, and four-term Mayor of Toledo, Ohio. Also a journalist, he wrote for The Chicago Herald during the early 1890s.

He began his career as a reporter for various Ohio newspapers.

He was named Ambassador to Belgium by President Woodrow Wilson.

Brand Whitlock Is A Member Of