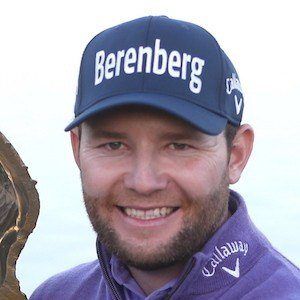 Golfer who, at the 2017 Open Championship, became the first man to record a sub-63 score in a major. He has played for the International Team at the Presidents Cup multiple times and represented South Africa at the World Cup of Golf.

He won the South African Amateur Stroke Play Championship in 2006 and turned professional the following year.

He was teammates with Jason Day on the International Team at the 2017 Presidents Cup.

Branden Grace Is A Member Of