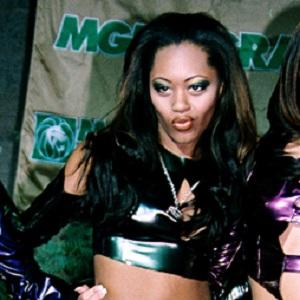 American R&B vocalist best known for singing with the pop and R&B group Blaque. She launched her solo career in 2011 with the single "Love It."

She met Shamari Fears at a talent show when she was twelve and joined her band, Blaque, soon after.

Her single with Blaque, "I'm Good," was featured on the soundtrack for the film Honey and made it to the top 40 on the Billboard R&B/hip-hop chart.

She was born in Detroit, Michigan, but relocated to Atlanta, Georgia when she was ten. Her father's name is Danny and he was a member of the trio Rick, Ran, and Dan. Her mom's name is Hope. Rapper Kodie Shane is her younger sister. She married entrepreneur Jay Harris in 2009.

She provided vocals on the Nelly song "Grillz."

Brandi Williams Is A Member Of