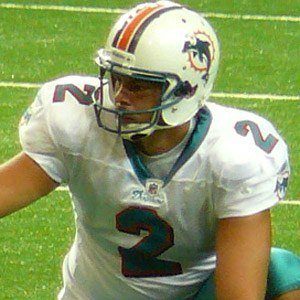 Punter who made his NFL debut in 2007 for the Miami Dolphins.

He played college football at Michigan State University, where he was an All-American in 2004.

He made his first Pro Bowl in 2013, when he was also a second-team All-Pro selection.

He married Katie Fields after his first NFL season.

At the beginning of his career he received extreme praise and support from Dolphins VP Bill Parcells.

Brandon Fields Is A Member Of