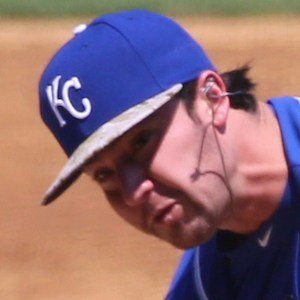 Pitcher who was drafted by the Kansas City Royals in the 2014 MLB Draft. He previously pitched for the U.S. national team and the TCU Horned Frogs, with whom he appeared in the College World Series.

He was drafted out of Southwest High School by the Texas Rangers in 2011 but elected to attend Texas Christian University instead.

He became the first player in history to play in both the College World Series and MLB World Series in the same calendar year.

He and James Shields both took the mound for the Royals in the 2014 World Series.

Brandon Finnegan Is A Member Of