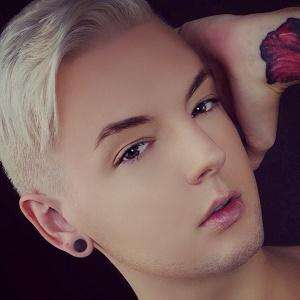 Electronic and pop artist who has worked as an actor and model.

He began his self-titled YouTube channel by posting covers of popular songs.

He released his first single on iTunes in October 2010 with "Glamour Zombie."

He was born in South Carolina.

Met Kelly Clarkson while in Nashville in June 2015.

Brandon Hilton Is A Member Of