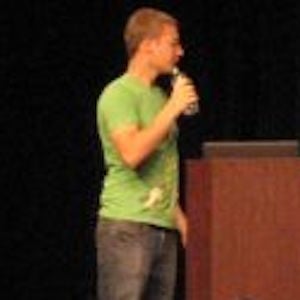 Game designer and developer who is particularly known for his prolific BrandonJLa and Rocket Jump YouTube channels. He has gained popularity there for his frequent behind the scenes videos, work vlog entries, and his work with the Hover Junkers virtual reality title.

He directed 9 episodes of the 2012 web comedy series Video Game High School. He has amassed more than 1.1 million subscribers to his YouTube channel since its beginning.

He was born and raised in Stillwater, Minnesota.

He has worked as a frequent collaborator of Freddie Wong's.

Brandon Laatsch Is A Member Of