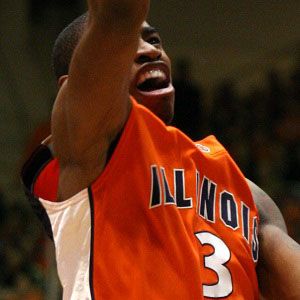 Shooting guard who played four years of college basketball at the University of Illinois at Urbana-Champaign, becoming a two-time Third-Team All-Big 10 selection. He later signed with BC Nizhny Novgorod in Russia for a season before playing in the NBA D-League.

He was an All-American at Warren Township High School in Gurnee, Illinois and was voted Mr. Illinois Basketball in 2009.

In his senior season, he became just the second Fighting Illini to post 1,500 points, 500 rebounds, 300 assists and 100 steals during his college career.

His parents are Cliff and Lynda Paul. He has brothers named Darius and Cliff Jr.

He played alongside 7-footer Meyers Leonard at the University of Illinois at Urbana-Champaign.

Brandon Paul Is A Member Of