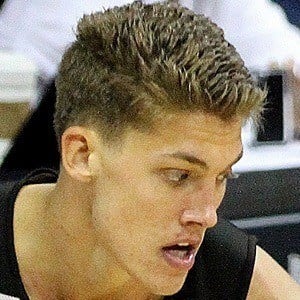 7-foot NBA Center who began his career with the Portland Trail Blazers in 2012.

He played shooting guard until he grew six inches during his sophomore year of high school.

He was an Honorable Mention All Big-10 selection at Illinois.

He was raised with two siblings, Chris and Bailey. His wife's name is Elle.

He was chosen five selections after Trail Blazers teammate Damian Lillard in the 2012 NBA Draft.

Meyers Leonard Is A Member Of