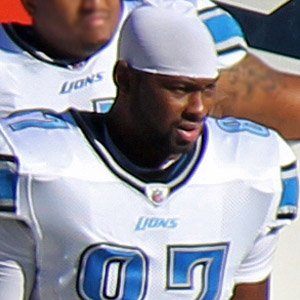 Tight end who made his NFL debut in 2009 for the Detroit Lions, after being drafted 20th overall; best known for his blocking but also able to do damage with the ball in his hands.

He played for Oklahoma State University, where he amassed 1,450 yards and nine touchdowns in his four years.

He got married in 2011 and had his first child that year.

He was part of a Lions' rookie class that included quarterback Matthew Stafford.

Brandon Pettigrew Is A Member Of